Last Wednesday I hung up my carer's hat and abandoned my lovely hubby for the day. Tonic Design Studios were hosting a crafters workshop to raise money for MIND. John Bloodworth (known as The Gentleman Crafter) is working his way around Britain on an All Counties Challenge. The aim is to run a workshop in all 92 historic counties and raise £20,000 for MIND. He's travelling/living/sleeping in a motor home that has been christened Maisie! The Tonic HQ is on a trading estate just over a mile away from me in Pyle. The staff at Tonic had designed 3 projects for us to make and provided everything we needed to make them as well as endless cuppas and biccies! At the end of the day we were told we could keep all the dies we'd used to make our projects - the value probably came to about £90 and there were 14 people on the workshop. They also did a raffle with the proceeds going to MIND. The prize was a Tonic die cutting machine valued at £170 - I didn't win it but I could never have carried it home as it's quite heavy. At the end of the day we'd raised over £500 which was amazing. 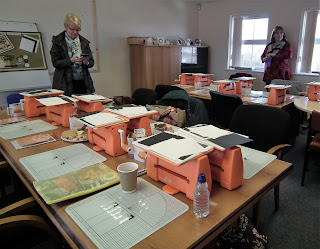 Early birds waiting for the workshop to start. 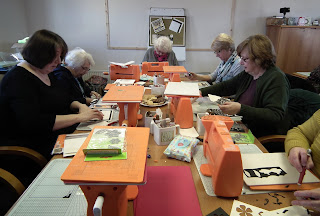 This was the group I was sat with. 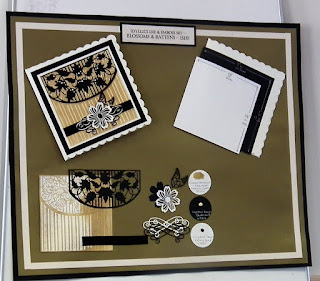 This is one of the boards showing the steps to make the first project. 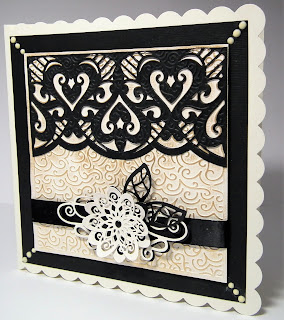 This was my version of project 1. 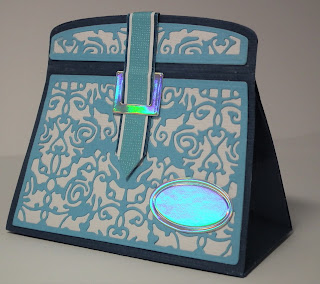 My version of project 2. 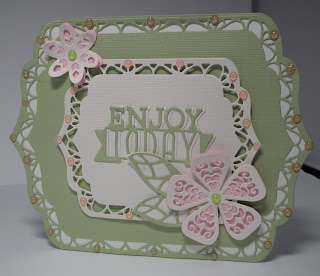 My version of project 3. 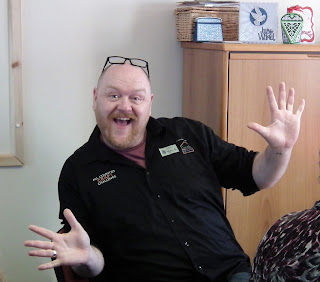 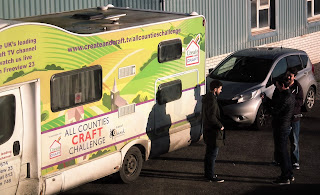 The Tonic lads recording the You Tube video next to Maisie.

John Bloodworth used to work on the shopping channel called Create and Craft so during the workshop we had a live broadcast with the TV station - you could only see the top of my head LOL! But the Tonic guys also did a You Tube video which I'm in. Scroll to 2mins 45 secs if you don't want to watch it all.

It was a long day and I was tired when I got home but I'd had a brilliant time.