I love Christmas and could have gone for lots of Christmas themed P's but changed my mind and went with P is for Pink for the CD Sunday challenge this fortnight.

I've made a card that could be used for an engagement, wedding or anniversary. The card base is from a very old (2007?) QVC kit by Carol Wilson. It already had the rose bud background, white embossed frame and aperture. I printed onto vellum using a paper from a Creative Crafting World CD - Perfect Papercrafting Companions, disc 2. It's a linen effect paper which can be seen clearly in real life but doesn't show so well on the photo. I've attached the vellum with pink pearl brads after gluing a silhouette die cut behind the aperture - the die is from Tonic. 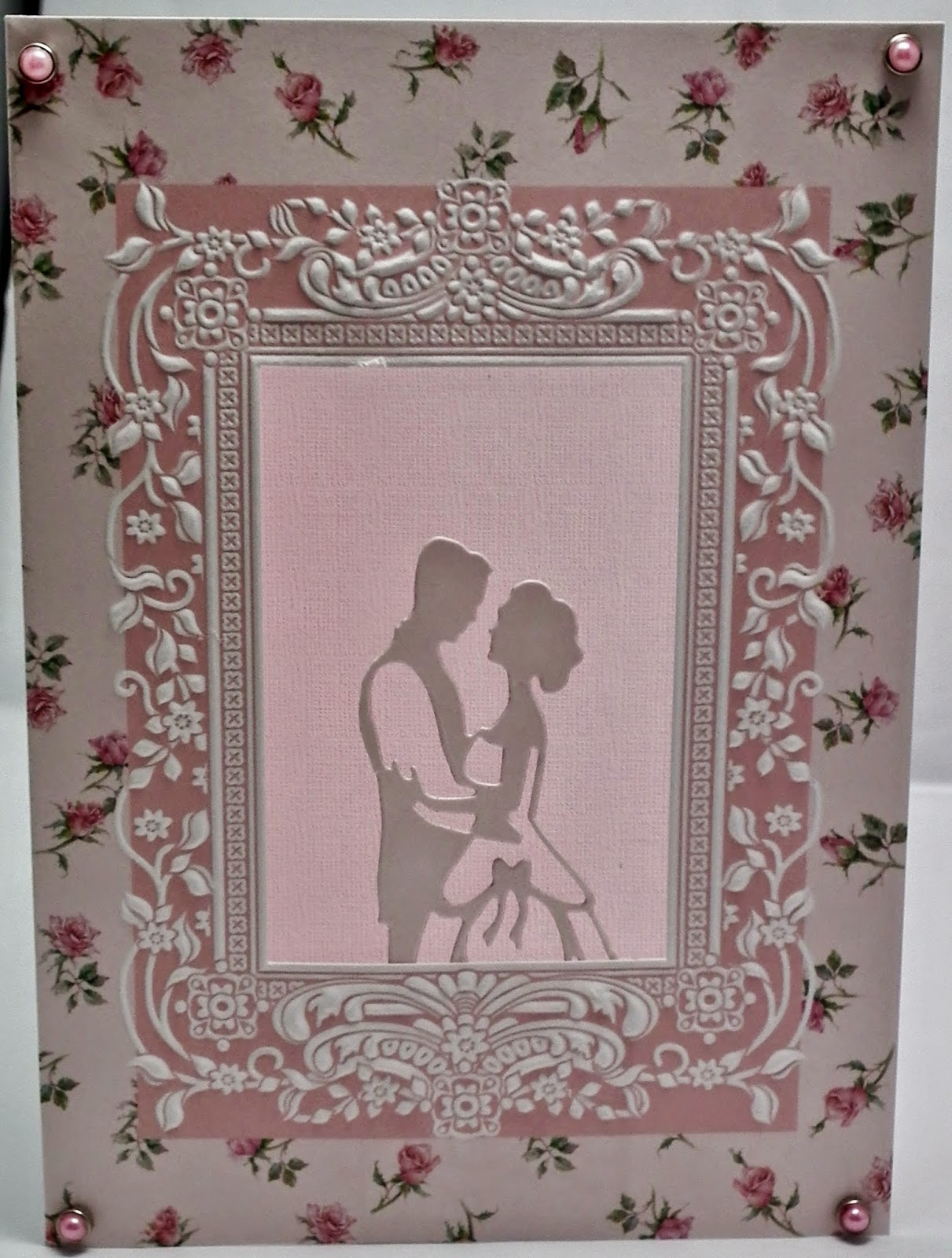 Inside the card I glued a heart shaped embellishment (also from the kit) that was positioned so that it could be seen through the vellum when the card is closed.

I made this card for an elderly couple who live in one of the care homes I work for. December 4th would have been their 71st wedding anniversary. Sadly the wife died a couple of days ago - they were such a devoted couple.

The CD Sunday challenge runs until Saturday 29th November so still plenty of time to get your cards made and entered.

In line with new Data Protection legislation (GDPR) commencing 25 May 2018 by commenting you do so in the knowledge that your name & comment are visible to all who visit this blog and thereby consent to the use of that personal information for that specific purpose.